waruje This WordPress.com site is about food!

The final project I have chosen for the end of our class is on my tribe. This class deals with food in many ways. The most interesting thing i have come across this semester is what happens to our food. I know what happens to the food that I eat individually, but not my family or community. I would like to think my family and community is on the same page with me about not wasting food. I know that composting is not very popular in many homes so that is something that i want to share with the families in my Tribal community.

In Red Rock, Oklahoma our tribe the Otoe Missouria tribe has begun a new garden for the entire community. This project will be a great learning experience for everyone especially when food prices start to raise, due to drought or reduction of crops. the tribal garden will provide tribal members with fresh affordable healthy food. The will also be more involvement from the community and help from one another makes the job of gardening easier.

In my research project i used a survey which focused on how tribal members made, cooked, and discarded left over food. Many of the tribal members asked me to explain a composting system to them because they were interested in gardening. A majority of the surveyors would rather buy food from a garden than grocery store where most tribal members shop. The access to fresh produce is not meeting the demand for the tribe. With the rate of diabetes in not only our community many many other tribal communities the advantages of gardening are worth the effort of tribal members. Those that I surveyed would support a tribal gardening and composting system. Both projects are ways to reuse and recycle our food at lost cost, time efficient, and energy saving for the community.

There are a lot of issues that deal with food, in America. The way we get our seeds to plant is changing through the Monsato case, and how American farmers will produce food is not going to be the same in the next few years. The climate change and weather is also affecting how much food farmers can produce at all. That then affects the food prices that we pay as consumers in the local grocery markets or from large food corporations.

The Monsanto Protection Act, essentially both written by and benefiting Monsanto Corporation, has been signed into law by United States President Barack Obama. The infamous Monsanto Corporation will benefit greatly and directly from the bill, as it essentially gives companies that deal with genetically modified organisms (GMOs) and genetically engineered (GE) seeds immunity to the federal courts, among other things.

The bill states that even if future research shows that GMOs or GE seeds cause significant health problems, cancer, etc, anything, that the federal courts no longer have any power to stop their spread, use, or sales.”(2)

Be careful these are all products used from Monsato, which can cause major health issues and some permanent damage.. especially to children!!!

nature & Human effects on the environment

OGDEN, Utah – A pair of young beavers credited for helping keep an oil spill out of Willard Bay are now recovering in the Wildlife Rehabilitation Center in Ogden.

A Chevron fuel spill was discovered near Willard Bay on Monday afternoon and crews spent the better part of Monday and Tuesday working to repair the broken 8-inch pipeline that caused the spill and the fuel that had spread through the area.

Cleanup crews say a beaver dam helped stop the fuel from reaching Willard Bay, but a pair of beavers were covered in the fuel and sent to the Wildlife Rehabilitation Center in Ogden for cleanup and recovery. (1)

These animals are an example of how mother nature can protect humans as well as animals when it comes to harmful things like fuel spills. the animals here had no intentions of saving a towns water supply from damaging fuel spills, they were simple living as nature intended them to. the major crude oil spills have caused many hardships for humans that society rarely considers the affects on wildlife. Humans are the cause of these problems and it will be all of nature that has to suffer from the land, to the air, the water, and the animals. If we dont want to change the way we live to better our own health and the lives of our children we should at least do it for the animals that do not have a voice to talk.

the beaver here is completely covered in fuel from the pipeline burst, it cannot open its eyes from the painful burn of the fuel

Employees at the center spent six hours bathing the two beavers, washing them twice with Dawn dish detergent. The pair were put on medication to help recover.

The beavers were reported doing a little better on Wednesday. One of the two is still lethargic, nauseated and didn’t have much of an appetite. The second has started moving around and has started eating a bit. (1)

you can tell once the beavers was washed several times the difference in the fur, and the animal is attempting to open its eyes

another story of nature and human effects causing disaster : A man made disaster was made even worse by nature Wednesday night, as a severe thunderstorm hit Mayflower, Arkansas spreading the Exxon Mobil oil spill to the yards of homes along the cove and the main body of Lake Conway.(2)

– For nearly two weeks, Exxon has maintained that oil has not reached Lake Conway, despite clear evidence both from aerial video and on-the-ground guerrilla reporting that showed oil had spread throughout a cove and wetlands, which are connected through ground water and drainage culverts to the main body of the lake. Images captured Wednesday night should put any doubt to rest that the main body of Lake Conway is now contaminated with oil. (2)

Over 40 homes had to be evacuated and that left families with the concern of finding new homes, maybe new schools, and even new jobs. In this economy that is not an easy task for anyone unless you are a millionaire and can afford to pay for the damages done by the oil spills. What makes the matter even worse is now the exxon mobil are claiming in the fine print that crude oil is different from the oil that was written down in agreements. Basically saying that since its not specifically written in agreement they are not responsible for paying for the damages caused by the spill. They have found a way to cop out of their responsibility for the damages done to the homes of the families as well as the community. The damages will last for years to come and they don’t have to do a thing about it. How is that fair or just in any way? Politicians who are behind the expansion of the keystone pipeline want to ensure american people that the pipeline will not break, and provide records of new and improved pipelines and manufacturers to build them. They have already broken that record by the spills that have happened this past year and its only may! 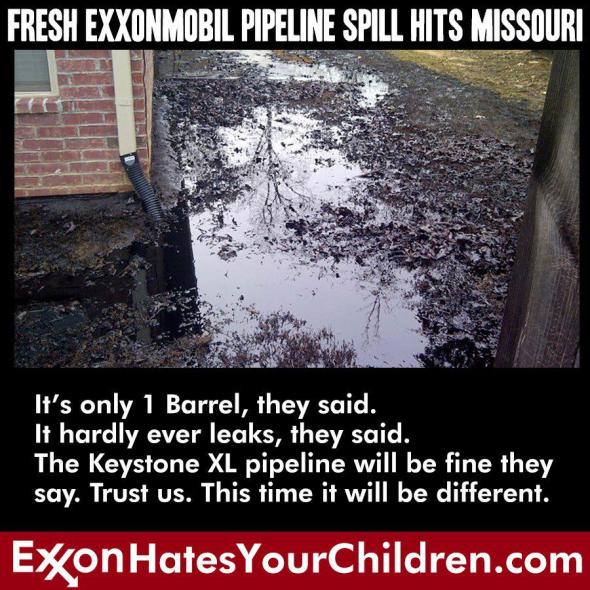 Venezuela’s food revolution-  begins with an investigation of the 2008 global food crisis, looking at the long-term underlying causes. Will an expanding large-scale, energy-intensive agriculture, be the solution or re problems? If we already produce enough food to feed the world why do so many people go hungry?

Now it is 2013, and there are still people in the world that go hungry. Native americans in the pine ridge reservation are dependant on the government for food. The food given to them by the government was spoiled, rotten, and infested with rodents so the elderly and young people in the tribe suffer from malnutrition and health problems. The people living on the reservation need a way to provide their tribe with clean, healthy, affordable food with the limited resources that they have. I hope my tribe will never suffer these hardships and making sure my family and children never go without food.

Here are a few facts from the Venezuela food Revolution video

In this manner the companies are making the rich, richer and the poor people, poorer. The companies want to control the food  because it is the most important resource to sustain life as well as water. the large companies should not have so much power over the people and how we obtain our food. We in the U.S. need to invest in making our own foods, and rely less on companies.

2) a billion people are hungry for change.

The people on the Pine Ridge reservation have made numerous attempts to complain and ask for the money back that was spent on the unhealthy food. They have begun to write reports and obtain signitures to petition for new leadership. this is an example of how people can decide to stop the injustice an demand for their rights to food.

3) how will the world feed itself in the future?

I hope to help my tribal community create and maintain a garden, as well as raising livestock like we already have. The people that I have surveyed all agreed that they would contribute to a composting system as well as buy produce from the tribal garden to feed their families. With food prices raising this will help our tribal econmy as well as the health of our tribal population to eat healthy affordable food. I will take the community to make the garden and omposting system as success and the community will benefit the most from all the hardwork, its possibble if communities not corporations take control of their food

The people in Venezuela have taken the stand and joined their resources for the well being of the people in their country. It is goin to take all of them to make the food revolution a success. they are doing the necessary acts to relaim their farmlands and rights to obtain food. they are a great example for what the rest of the world should be doing. Instead of buying into big corporations, like we have done for the past decades.

another example is the Black gold documentary- Multinational coffee companies now rule our shopping malls and supermarkets and dominate the industry worth over $80 billion, making coffee the most valuable trading commodity in the world after oil. But while we continue to pay for our lattes and cappuccinos, the price paid to coffee farmers remains so low that many have been forced to abandon their coffee fields.

“Red Cry , Stand behind the Lakota grandmothers”- documentary on genocide of the pine ridge reservation- http://www.lakotagrandmothers.org/media/